Communicate the Value of Meat to Combat Rising Prices 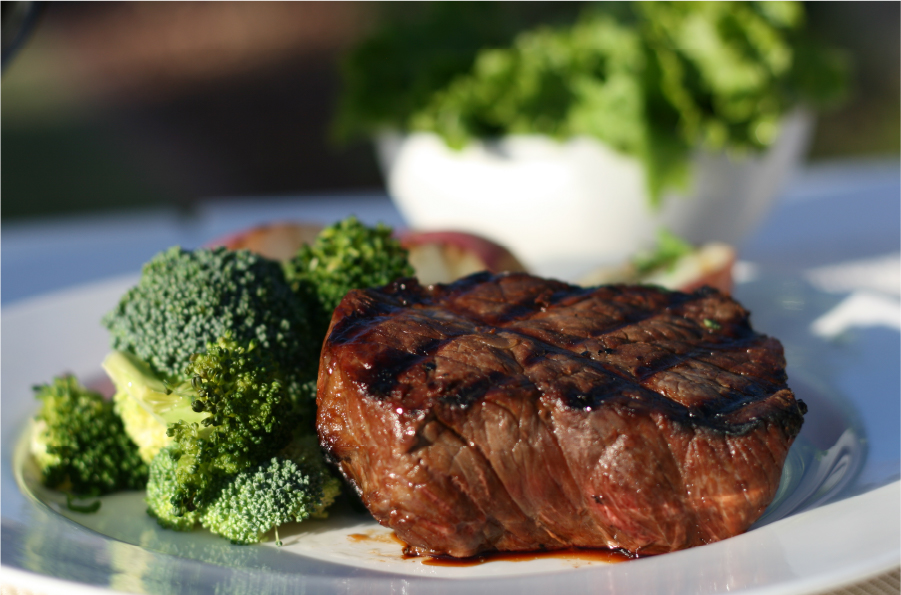 For more than a year, the U.S. consumer has been forced to weigh fears around the economy and health, along with other issues a pandemic and life in general bring. In July, Americans were split on their concern for the public health crisis and the economic crisis.1 We know prices around the store – particularly at the meat case – have increased, and may not change for a while, making it crucially important to share the value of meat with the consumer.

According to the USDA, the price of meat for consumers in July 2021 was up nearly 6% over July 2020 prices.2 Meat was already most likely the highest priced item in shoppers’ baskets and having it increase in a time of economic uncertainty can feel like another hit. But meat still has many positives that can make shoppers more comfortable with its lofty price tag, including nutrition, variety and of course, value.

We have all felt the spotlight the pandemic has shone on health – both public and individual health. There is a lot of power in the nutritional platform of meat, which is a story we don’t spend enough time telling. A vast majority of shoppers – 91% – want to see at least one nutrition item highlighted on meat and poultry packaging. More than half say the callout they want to see is how much protein is in each serving.3 Other items – from loaves of bread to Cheerios™ – are including a much louder protein message on their packaging than we are, when protein is our story to tell. 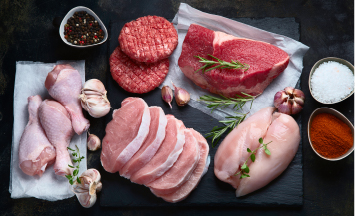 Protein isn’t meat’s only nutrition story, though. Vitamin B12, which is only found naturally in animal foods, helps keep the nervous system and red blood cells healthy. Two other nutrients found in meat, creatine and carnosine, help with brain and muscle function. While able to be created in the body, they are often lacking in individuals who eat a meatless diet. Even Vitamin D, which your skin produces when exposed to sunlight, can be an important part of meat’s nutritional story – particularly during colder months when people spend more time indoors and there are fewer daylight hours. Zinc and iron are two other nutrients that meat provides an abundance of.
Making sure to share the nutritional story of meat is critical, especially as its value is put into question, and consumers are eager to do anything they can to strengthen their body’s immune system. 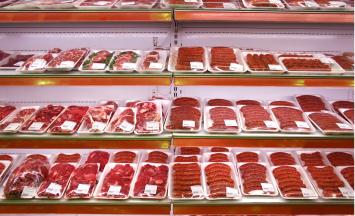 One strength of the meat case is the amount of variety it holds. Between beef, pork, chicken and more — as well as numerous different cuts and their many applications — meat is certainly not a one size fits all meal solution. For consumers looking for a premium option, the meat case delivers. For those on a budget looking for value, there are options. When promoting and merchandising your meat selection, be sure to show different cuts of different proteins in different price ranges.

Consumers have also become more confident in the kitchen during COVID-19, with 63% of shoppers saying they are at least a “little” more knowledgeable and confident when selecting and cooking meat and poultry.4 This may mean they are more willing to try new cuts or even more expensive cuts from the meat case.

Offering inspiration for shoppers will also continue to be important. From consumers branching out to try new things (like lamb) to looking for innovative ways to use their leftovers, having resources available continues to add value for the customer. Some great places to share meal and recipe ideas are on-pack, at the meat case, on your website or in promotional emails.

Possibly one of the most important stories to be telling right now is value. Nearly 40% of meat consumers today are looking for convenience and are price-conscious shoppers.5 For many of them, it may be hard to spend $20 on a chuck roast, but easier when they understand that this single piece of meat can feed their family for multiple meals. Many of the great value cuts the meat case offers are also comfort cuts that shoppers can easily cook in their crockpot or other multicooker.

“As the weather turns colder, consumers seek out familiar cuts and flavors to enjoy,” explained Kent Harrison, VP of marketing and premium programs at Tyson Fresh Meats. “They want to recreate their favorite comfort dishes, which often include traditional cuts such as roasts, grinds and stew meats. To us, comfort food goes beyond the ingredients and flavors that go into the dish; comfort food is about feeling at home while making it.”

Value added items like those that are pre-seasoned or marinated also have more to provide for the convenience shopper. These products can allow busy consumers to enjoy their favorite dishes with less effort, said Harrison.

Finally, there is also value in product packaging. Bacon that has a Ziploc®-style opening will have a longer refrigerated shelf life and be less likely to end up as food waste. Case ready packaging is easy for shoppers to freeze, adding value again by lessening what may otherwise be wasted. Ensuring your store has a variety of packaging options for consumer needs can go a long way in helping shoppers find more value at the meat case.

Thank you for your interest in Midan Marketing’s research. Please complete the form below to download the free Top-Line Summary for our Meat Consumer Segmentation 2.1 Study. By submitting your email to download this free content, you are subscribing to our industry emails.

Complete and submit the form below to download our free Multicultural Meat Consumers insights report. By submitting your email to download this free content, you are subscribing to our industry emails.

Midan intends to comply with provisions of the California Consumer Privacy Act and similar laws. If you believe we possess any of your personal information and would like to inspect or remove it, please contact Scott Smith.